PrevPreviousDr. Ronald E. McNair Memorial Park
NextFrazier Baker Historical SiteNext
As the original site of the Lake City Colored Elementary and High School on Graham Road, this site reflects the long struggle for desegregation of public schools. Serving Black students from the early 1930s to 1946, this school was built with a Rosenwald school design which included six rooms and an auditorium but lacked plumbing and heating. In October 1946, it would burn down and be rebuilt. In 1953, as part of the SC government’s “Equalization Program,” was intended to construct new black elementary and high schools across SC to circumvent a potential desegregation ruling by the US Supreme Court, Carver High School was one of these schools built as part of this program to accommodate black students. In response to SC’s Equalization of Schools Program, a lawsuit would be filed in neighboring Clarendon County under the name Briggs v. Elliott in 1950 which would challenge the constitutionality of “separate but equal” laws in education. A few months after Carver would open, the Supreme Court would make its ruling in May of 1954 that “Separate but Equal” was unconstitutional. However, integration of schools in SC was slow and Carver High would be segregated until the late 1960s to early 1970s. The school would later be renamed the McNair Middle School after Ronald McNair, who graduated valedictorian from Carver High School in 1967.
Graham Rd at S Acline St, Lake City, SC 29560

The right to education has long stood at the epicenter of the battle for Civil Rights in America and is one in which African Americans have long fought for equality and access to education. Education has also been used as a tool to uphold racialized hierarchies in America. South Carolina was the first American colony to pass laws prohibiting slave education. In the aftermath of the Stono Rebellion in 1739, which killed twenty-five white people, South Carolina passed the comprehensive Negro Act of 1740. This legislation made it illegal to teach enslaved people to read or write and remained in effect until 1865. Shortly after the Civil War and abolition of slavery, South Carolina churches, charitable organizations, and particularly the Freedmen’s Bureau assumed the primary responsibility of educating newly freed slaves. However, the withdrawal of Union troops in 1877 and the ratification of the South Carolina Constitution of 1895 reversed many of the educational gains by African Americans and left education to white local school boards.

By 1922, 90 percent of educational funding went to white schools. The social and political reformist ideals of the Progressive era (1896-1918) inspired by prominent individuals such as Booker T. Washington and Julius Rosenwald, led to the creation of the Rosenwald Fund. This fund would build and improve educational facilities for Black students and incentivized states to partner in funding efforts for African American schools. This changed during the Great Depression though as the Rosenwald program curtailed its funding of new schools by 1930.

During the 1930s, the Works Progress Administration (WPA) became increasingly involved with the building of schools including those for African Americans. One such school, Scranton Colored School, was built by the WPA in the 1930s serving black students in Scranton and nearby Lake City for 30 years. Built in the Rosenwald style, it featured a raised brick foundation, sash windows, two fireplaces, four rooms for instruction, and a central hallway.[1]

In 1941, SC Governor Burnet Maybank established a legislative committee to study South Carolina’s public education. Part of the committee’s report focused on the inequalities in schooling between races. For example, nineteen counties out of forty-six lacked high schools for black students, and there were only eight school buses in the state to transport black children to school.

The 1947 report, published in 1948, also found that SC education was inadequately funded compared to other southern states. Once again, the inequities between the races were staggering. For example, investment for whites was approximately $221.00 per pupil, compared with $45.00 per pupil for Black students. These monies were over the entire school year and disparity amounted to a ratio of 5:1.[2]

SC Governor James F. Byrnes (1951-1955) proposed a special tax to improve education for black students, and, in 1951, the state passed a three-cent sales tax to fund a statewide program of school construction and finance the equalization program, which was designed to equalize white and black public schools.

The building that we are standing in front of for this tour is currently known as the Lifelong Learning Center. However, before it was known as the Life Long Learning Center, it was the original site of the Lake City Colored Elementary and High School which served black students from the early 1930s to 1946.[4] On August 4, 1929, the Florence Morning News, reported that bids were being taken to construct the Lake City High School Building which would be a “frame school building, built under the Rosenwald plan No. 6-A,” which included “six rooms and auditorium. No plumbing or heating or boiler room, but” was to “be wired” an have “two six hole sanitary privies built.” The building and materials had to conform to the Rosenwald plan and subject to their inspection and approval.[5] This building would serve Lake City black students until it was destroyed by a fire in October of 1946. Because the school was outside of the city limits, and far from a hydrant, the Lake City Fire Department stood by as a precaution to other property but did not render any aid. The superintendent of Lake City Schools, J. Paul Truluck, claimed that the contents of the building that were lost was at least $30,000, but further investigation was needed to assess the amount of total amount of damage.[6]

Carver High School would be built to help with such growth and was in response to SC Governor Byrnes’ “Equalization Program.”[8] The equalization school program was intended to construct new black elementary and high schools across SC to circumvent a potential desegregation ruling by the US Supreme Court. The state of South Carolina would pass a $75,000.00 bond to equalize schools in South Carolina and Carver High School was built from these bonds as Lake City’s effort to equalize their white and Black schools. In response to SC’s Equalization of Schools Program, a lawsuit would be filed in neighboring Clarendon County under the name Briggs v. Elliott in 1950 which would challenge the constitutionality of “separate but equal” laws in education. A few months after Carver would open, the Supreme Court would make its ruling in May of 1954 that “Separate but Equal” was unconstitutional.

It is important to note that the current site that we are standing at is not the location of Carver High but can easily be found as today’s “McNair Middle School” off of Carver Street and Moore Streets. Carver High School would house grades ninth through twelfth and years later, the sixth, seventh, and eighth grades would be added to relieve the volume of students at the Lake City Colored Elementary School off of Graham Street. Carver High School, as it would become, was named for George Washington Carver, who was born into slavery. He became a world-renowned Agricultural Chemist, a humanitarian, and was one of the world’s most famous inventors. Hence, the very reason that the school was named in his honor. His photograph graced the wall of the school as a constant source of pride, inspiration and motivation.[9]

[1] Desegregation and consolidation of schools in the 1960s led to this school’s closure, but the building was not demolished. Rather, it became a warehouse for Myers Furniture Company. In 1982, Howell Myers, whose father had owned the furniture store, renovated the former schoolhouse and opened Schoolhouse BBQ, a restaurant which opened in May 1994. The building is still there today and is now painted red with various local artifacts adorning the interior. This school is not featured on the tour because of distance however it is near Lake City. More information about the school house can be found here: https://www.scpictureproject.org/florence-county/school-house-bbq.html

[7] For more information about the building of Carver High School see: Times – Herald (Lake City), 22 April 1954. The article features an aerial view of the school under construction as well as details regarding the design and use of the building. 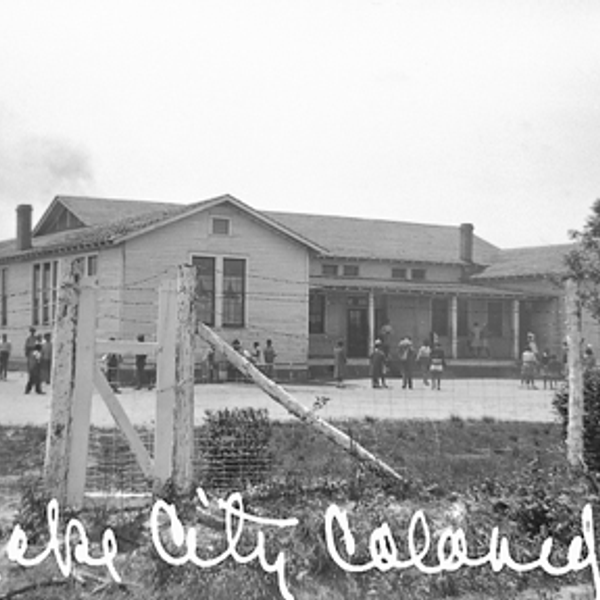