NextWhitehead Infirmary BuildingNext
Located at 125 Valley Street, this two story Late Victorian-style house was built in 1905 and was home to the Cockfield family. Born in 1867, Perry David (P.D.) Cockfield was a white local farmer whose family had owned approximately 4,000 acres of land and enslaved dozens of African Americans on the outskirts of Lake City during the antebellum period. Oral traditions and genealogical research showed that bonds of blood and law tied the white Cockfields with the freed people who assumed their surname. Several descendants in this family were of mixed-race parentage which was not uncommon of white planter and large landowning families. Listed in January 2022 to the National Park Service’s National Register of Historical Places for architectural significance, the PD Cockfield House will be restored as Lake City’s first African American History and Education Museum and Cultural Center.
125 Valley Street, Lake City, SC

Known during most of the nineteenth century as Graham’s Crossroads, and later renamed Lake City in 1883, the town of Lake City developed as an in-between point connecting cities of Georgetown and Camden, and Charleston and Cheraw. In the 1850s, the Northeastern Railroad (later the Atlantic Coast Line) laid the first track through Graham’s Crossroads, near the Cockfield House. Businesses and agriculture grew throughout the town and countryside. In the antebellum period, plantation owners relied on enslaved labor to cultivate cotton to the point that in 1860, some 66 percent of the county’s roughly 15,000 residents were African American.[1] Tobacco would eventually replace cotton as the region’s major cash crop, and large landholders would no longer be able to rely on enslaved labor following the Civil War. Instead, sharecropping took hold in Lake City after the Civil War as the most common labor arrangement on former plantation properties and where cash crops were grown in large quantities. By the 1930s, Lake City had the largest strawberry market in South Carolina and what was thought to be the largest bean market in the United States.[2]

The Cockfields were among local Lake City families who lived through the late nineteenth and twentieth centuries and were a part of the agricultural economy of the city. People with the surname “Cockfield” owned property in Lake City as early as the colonial era with their land ownership expanding throughout the nineteenth century. By 1850, P.D. Cockfield’s grandfather, Washington Cockfield, owned approximately 4,000 acres of land. Dozens of enslaved African Americans worked on the Cockfield’s property, growing rice, cotton, sweet potatoes, and other crops, while also tending livestock.

Born in 1867, Perry Davis Cockfield was a successful white local farmer whose relocation to Lake City and construction of this two-story Late Victorian-style house was built in 1905 with an L-shaped front porch at 125 Valley Street. This house, close to downtown, allowed him to engage with the local community more and become a well-known member of the town’s white business class. After taking up residence at 125 Valley Street, Cockfield served on the predecessor to Lake City Council and was elected City Warden. Soon after this home was built, the census records noted two African American servants residing with P.D. and his family: 21-year-old Liston Cockfield and 15-year-old Mable Cooper.[3]

“While nothing more is known about Cooper, genealogical research and oral traditions reveal that, going back generations, bonds of blood and law tied together the white Cockfields and the freed people who ultimately assumed that surname, including Liston and P.D. The P.D. Cockfield House thus also represents the interwoven kinship between a mixed-race family that dates back to the antebellum era, when members of the white Cockfield family held African Americans in bondage …. The earliest confirmed link between the Black and white Cockfields is the 1844 birth of Robert Cockfield, P.D. Cockfield’s half-uncle. Robert was born to an enslaved woman named Lena who was then held in bondage by his father (and P.D.’s grandfather) Washington Cockfield. A light skinned man, Robert’s parentage is confirmed by oral tradition as well as his 1926 death certificate, which lists “Wash[ington] Cockfield” and “Lena Cockfield” as his parents. The Freedmen, Women, and Children, 1865, Articles of Agreement taken between Washington and his former slaves after the collapse of the Confederacy also lists a “Bob” as one of its signatories, marked with an “X” in agreement to their sharecropping labor contract. After the Civil War, Robert established himself as a farmer on the outskirts of Lake City, working at least for a time on some of the historic white Cockfield family property, as militia enrollments from 1869 show Robert living on the same property as his half-brother, J.A.H. Cockfield. Sometime between 1870 and 1880, he also married Nancy Gaskins, who was most likely enslaved to members of the local white Gaskins family when she was born in 1860. Nancy and Robert ultimately had at least ten children together, including a daughter named Katie who was born in 1889. Katie Cockfield eventually married Liston Cockfield, born the same year as Katie to Amos and Nora Cockfield, and who may have been her distant cousin.”[4]

Through their half-sibling fathers, J.A.H. and Robert, P.D. and Katie Cockfield were therefore cousins who undoubtedly knew each other as they grew up on or near the family lands east of Lake City. Though it’s unclear when exactly Katie married Liston Cockfield (they had a child together as early as 1913), their marriage would have therefore also made Liston and P.D. cousins-in-law. P.D. may have known or at least known of Liston apart from his eventual marriage to Katie, which may have inspired his employment of Liston at his new downtown home. Perhaps Liston and Katie were together by 1910, and Liston’s work at P.D.’s house somehow owed to Katie’s and P.D.’s familiarity with one another as cousins. While it is not entirely conclusive for Liston’s employment at 125 Valley Street, by 1920, neither Liston Cockfield, Mable Cooper, nor any other African Americans are documented living at the residence. Liston Cockfield tragically drowned in 1915, soon after Katie Cockfield became pregnant with their second child – a girl born that August by the name of Nora (same name as Liston’s mother). This historical site reflects the deep connections between Lake City’s Black and white Cockfields and the history of both Black and white Lake City residents over time.

The house remains intact and mostly unaltered from its initial construction. Listed in January 2022 to the National Park Service’s National Register of Historical Places for architectural significance, the PD Cockfield House will be restored as Lake City’s first African American History and Education Museum and Cultural Center. Dr. Terrie Gaskins-Bryant owns this house who is the great granddaughter of Robert and Nancy Cockfield, great-great granddaughter of Washington and Lena Cockfield, and distant cousin of the home’s original occupant and namesake, P.D. Cockfield. 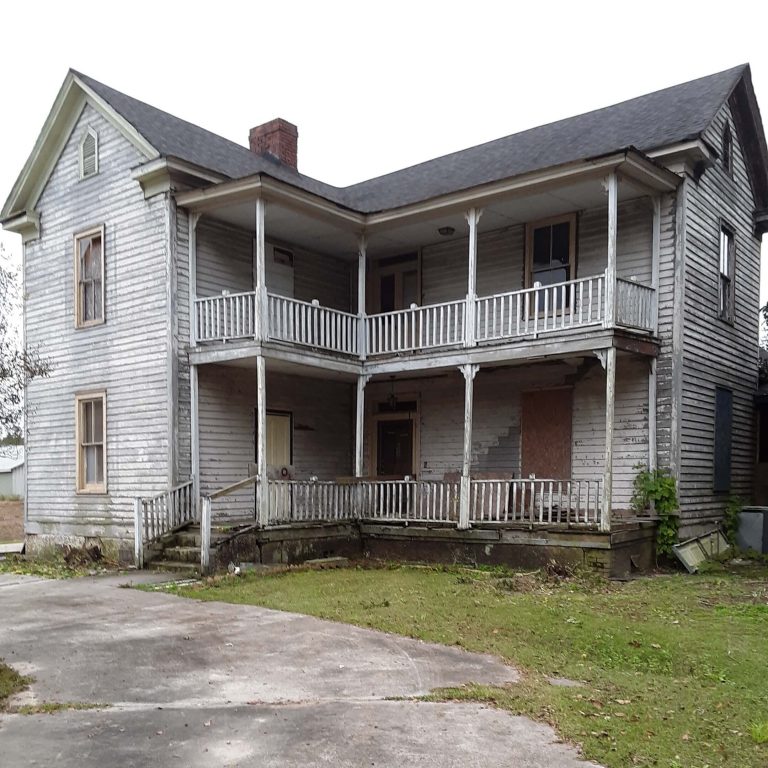